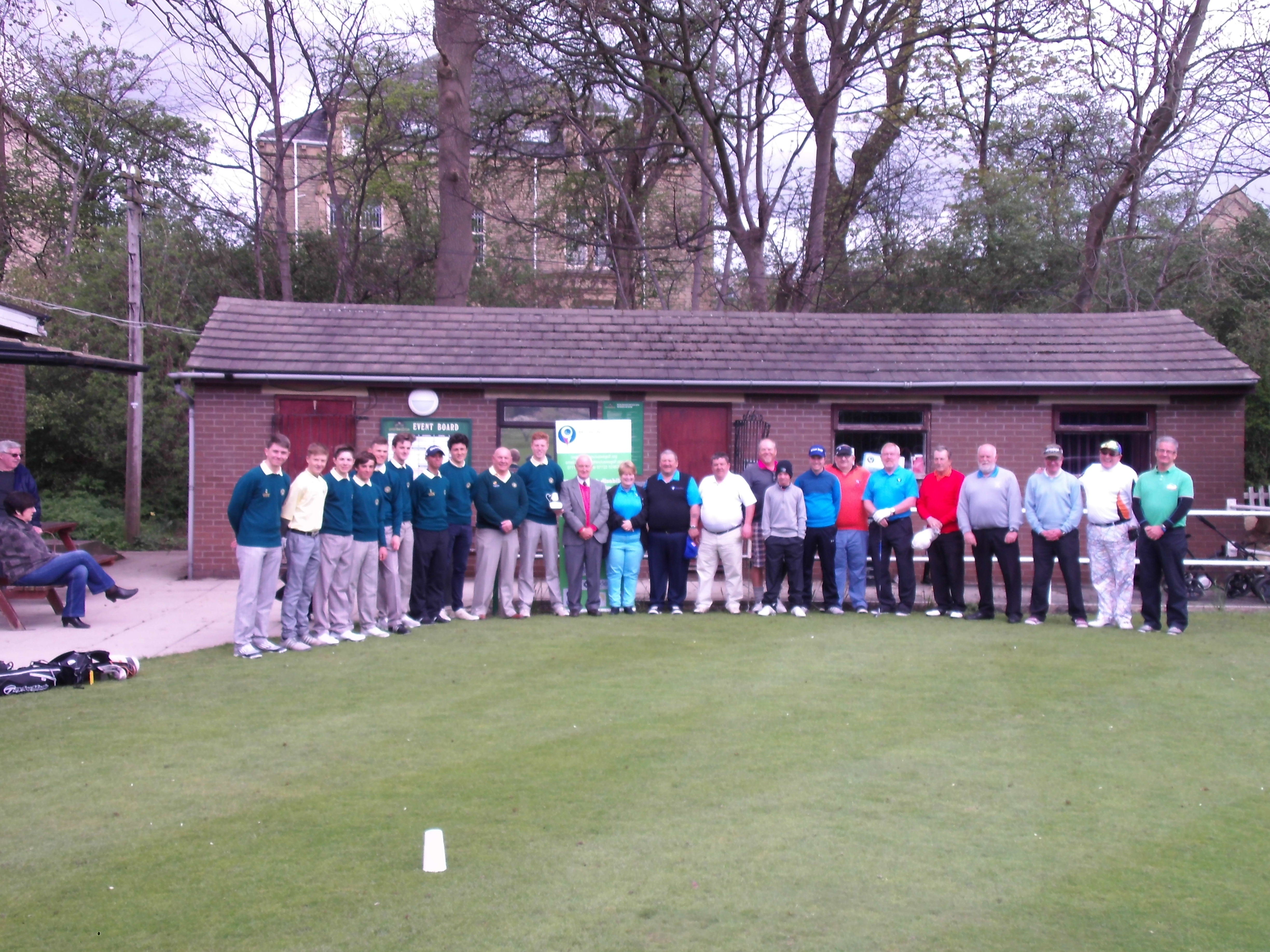 Sunday 19th April saw the 3rd Annual event between British Inclusive Golf and Halifax, Huddersfield and District Golf Union Junior Team managed by Tommy Ward. The previous 2 events have been held at Lightcliffe and Ryburn respectively with both teams having a 5 -1 victory behind them. This year it was held at Longley Park and for the first time a trophy was being played for, BIG Charity founder members Cerise and Kevin named a trophy after Kevin’s father who passed away earlier this year.
F Stocker & G Hudson-Hunter halved with T Williamson & J Riorden, B Pullen & H Boothroyd won 4 & 3 over M Oxley & R Brown, S Campbell & L Hopkinson won 1 up over I Halliwell & D Standing, H Butterworth & I Turmes halved with I Slowther & J Trumble, E Lister (Junior Captain) & J Edwards won 8 & 6 over K Booth & J Irvine, T Hunt & J Lawson won 3 &1 over A Eccles & L Eccles. Overall the Juniors won 5 – 1.
Mrs June Booth presented the trophy to Elliot Lister the Junior Captain. Thanks go to Bob Mosley Longley Park Captain and his committee for hosting the event and ensuring a good was had by all the players, the course was in excellent condition and the after golf meal was of the highest standard.